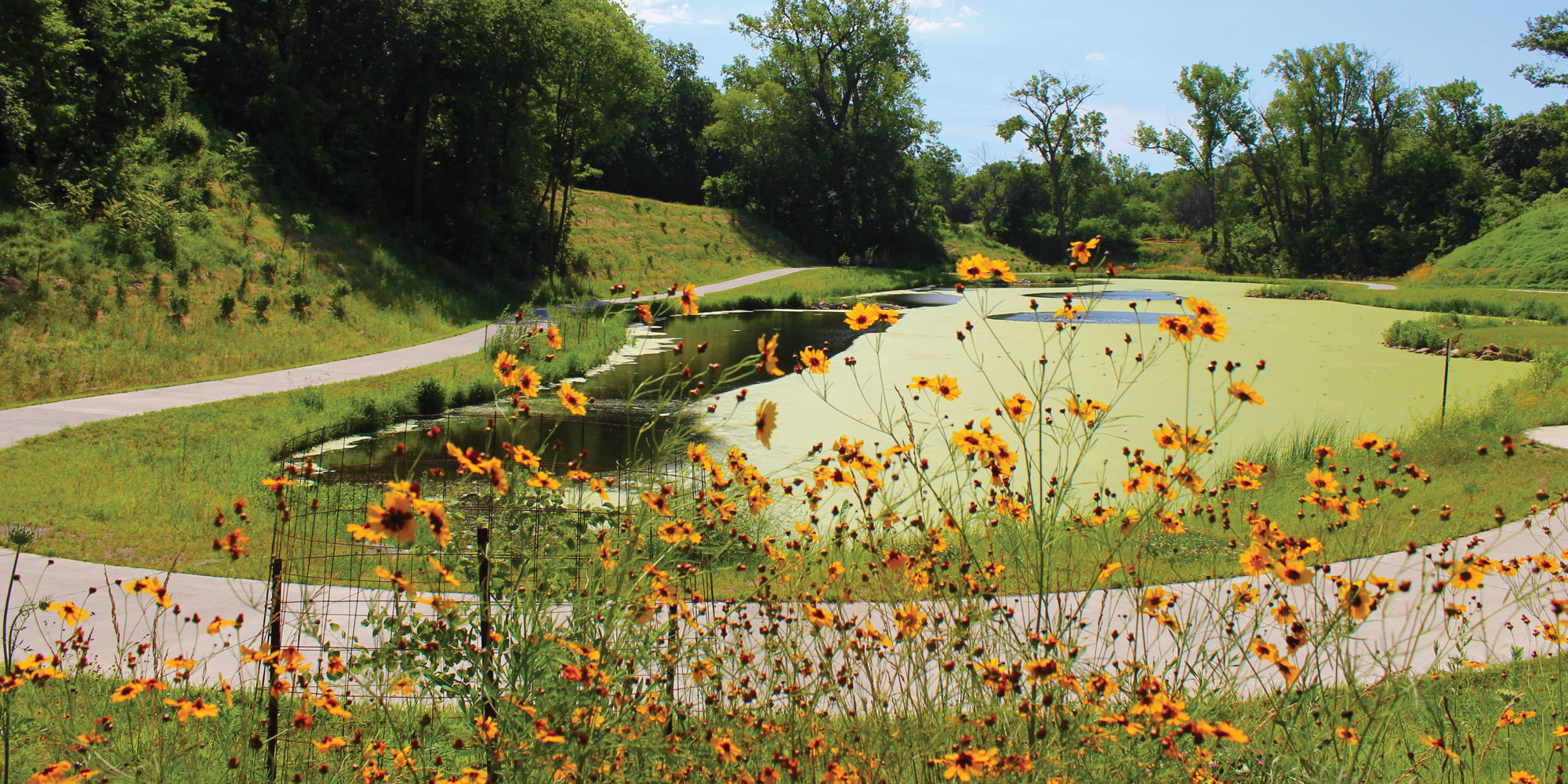 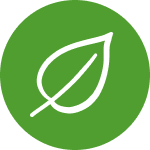 The purpose of the Missouri Avenue Sewer Separation / Spring Lake Park Project is to provide sewer separation to the project area through installation of both new storm and sanitary sewer pipe and eliminate combined sewer overflows (CSOs) to the Missouri River.

Spring Lake Park, established in South Omaha during the 1870s, originally contained three small ponds. However, due to concerns with disease, the ponds were drained in the 1930s. Two unsuccessful attempts were made to renovate the park. In 1939, a plan was developed but work was not fully implemented due to World War II. Then, in the 1990s, the Spring Lake Park Habitat Restoration Team initiated a plan to restore one or more ponds, develop trails through the park, and create a nature learning center. The plan was never carried forward due to lack of funding.

Through collaborative efforts between the Omaha CSO Program, Nebraska Environmental Trust, Omaha Parks and Recreation, Papio-Missouri River Natural Resources District, Keep Omaha Beautiful, Spring Lake Neighborhood Association, and the Spring Lake Park Habitat Restoration and Preservation Team, a design concept was developed and realized. This new design included a detention pond to help reduce peak flows in the sewer system and allowed for reuse of existing portions of downstream pipe rather than installing new, larger pipe. The concept also incorporated green infrastructure elements that expanded the park’s wildlife diversity and increased recreational opportunities and accomplished the goals of the CSO sewer separation project as well as the vision of the community partners. 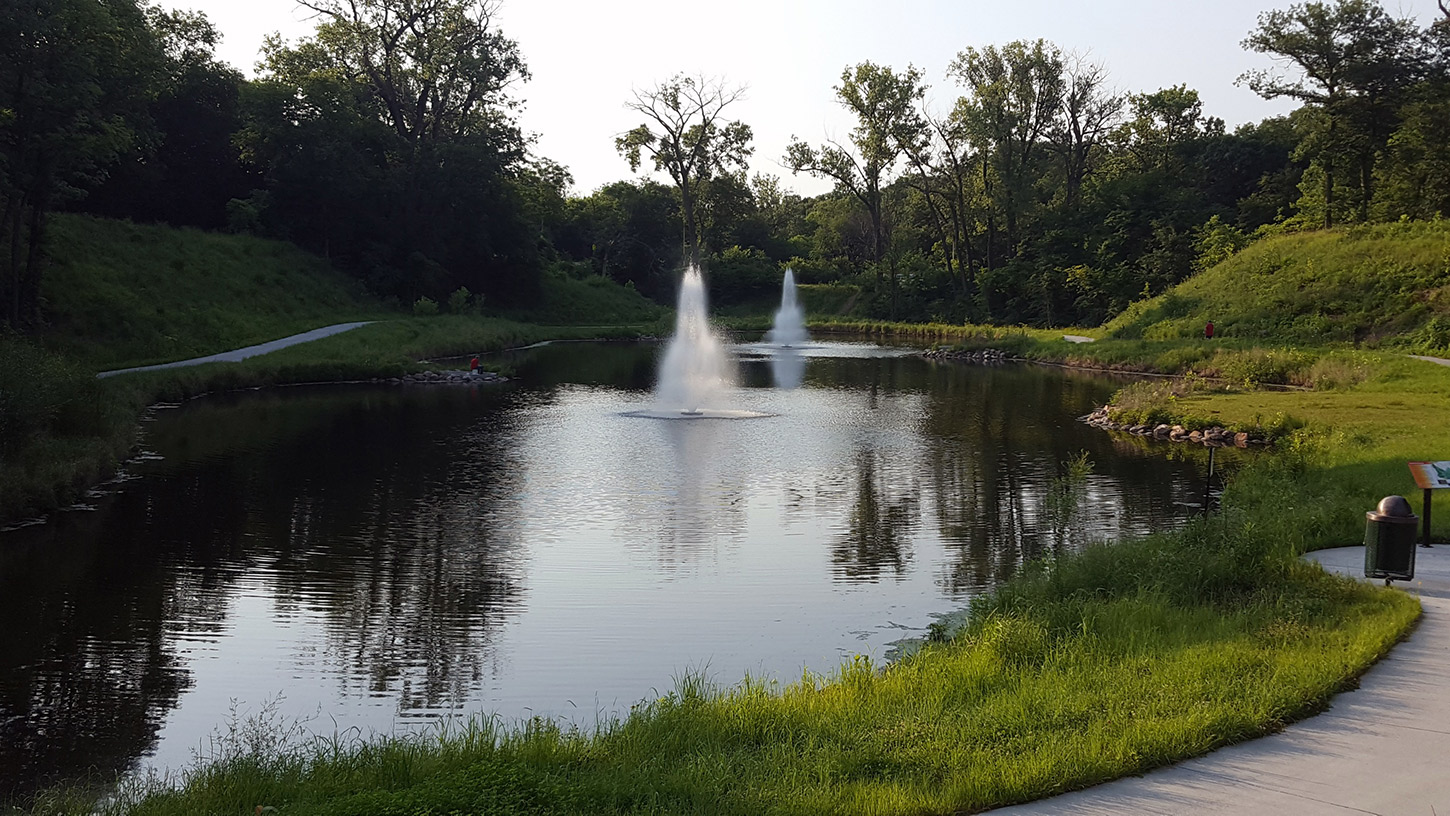 Sometime during post-World War II, Spring Lake Park’s lake was drained and the area became a dumping ground instead of a place for families to gather. A group of community advocates had long pushed to put the lake back in Spring Lake Park. Through the collaborative efforts of the CSO Program, the lake, wetlands and a broad range of green elements have transformed the area. The project was completed in spring 2017 and now features wildlife habitat that is diverse and plentiful. Spring Lake is stocked with fish, and residents have reclaimed the park. In addition to activating the park, green infrastructure elements have reduced the need for construction of a new, larger diameter pipe system downstream of the detention ponds—saving the City approximately $5 million. 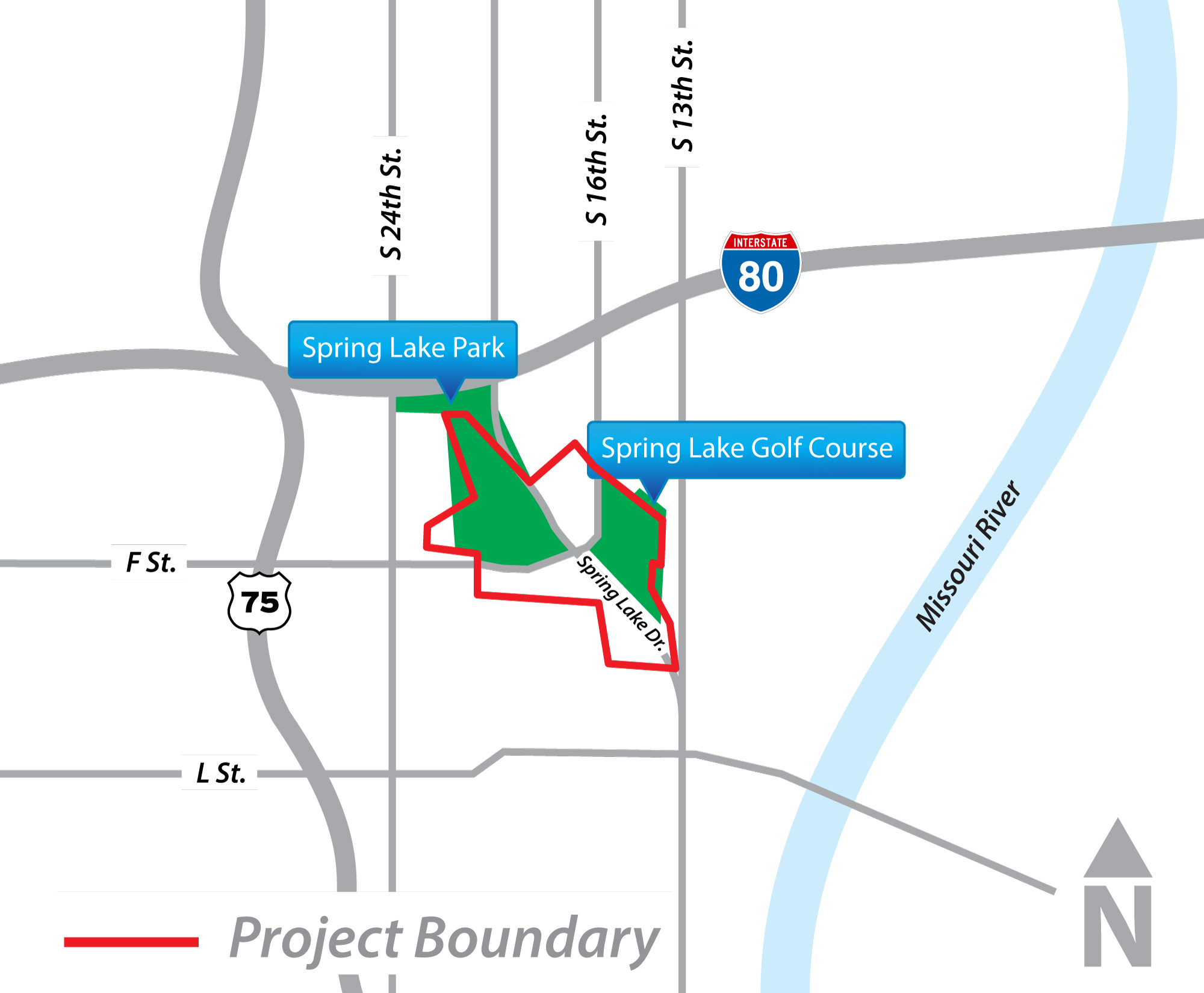